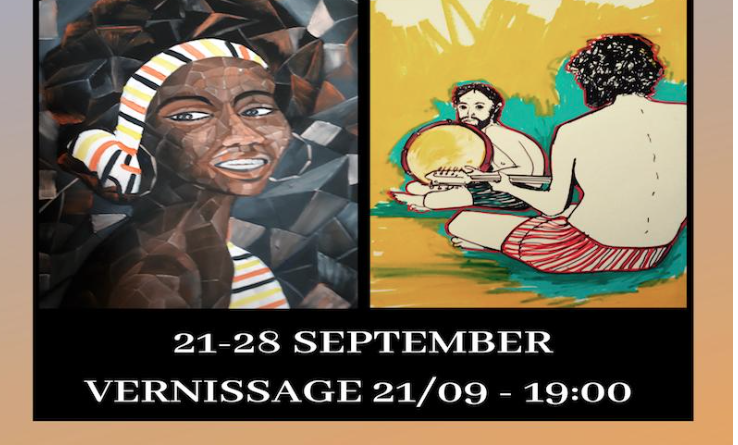 Expired
September 28, 2019September 28, 2019 Lydia PALEOCHORA
Paintings, drawings, sculptures and personal emotions in the Art Flow Gallery – an event not to be missed!
Two different points of view of life represented in the art works of Romain Chalet and Neba Afanwi:
one artist  having chosen to change his life, the other one who was forced to change his life.
WHEN: 21th –  28th of September- Vernissage 21th at 19:00
Tuesday – Sunday 18.00 – 22.00, Monday on appointment.

Romain Chauvet and Neba Afanwi are two artists that have a lot in common.
Both of them speak French despite originating from two different countries, France and Cameroon.
Through his paintings Roman Chauvet will show us  the places and people that in some way influenced his life in Crete, where he lives and works.
Neba Afanwi will show show the same with his paintings, which represent his home country Cameroon from where ,sadly, he had to flee due to violence and serious human rights abuse  Cameroon is struggling with.
Source: Art Flow Gallery