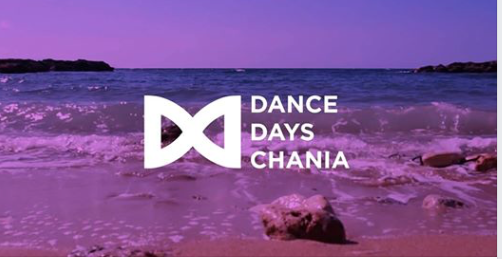 Rita Góbi’s performance presents the intermediate state of “already not here” and “not there yet”, by guiding us in the world of metamorphosis. For this production Dávid Szegő composed the music by using Morse code sounds and noise sounds, both acoustic and electronic ones; these are the reference points for this dance performance that was designed based on minimal tools but that leads to a full theatrical presence.

“Cleverly lit, and set against Morse code-inspired electronic compositions by Dávid Szegö, Volitant is an uncanny game of the mechanical and the natural. Góbi is at once human and machine, animal or alien. Her raw energy never loses its tight grip as she slowly turns this scathingly beautiful solo into a true cyborg manifesto.” – Evgeny Borisenko

“This is a solo of great discipline, flawless from start to finish, without an iota of idleness. It is concise and compact.” Csaba Králl, critic

“It is hard to talk about Góbi’s performance without talking about her, as Rita Góbi and her performance are one and the same.” Márta Péter, Tánckritika

“Rita Góbi’s explosive solo dance is filled with subtle associations: it is not hard to discover a futuristic interpretation, a kind of science-fiction remake of the Dying Swan: but instead of soft and lyrical tunes, it is performed to Dávid Szegő’s harsh, repetitive and robotic noise sounds.” Tamás Halász, Színház

Four people, setting out. They are still young; each of them, though, is carrying their own story, their own dreams and experiences, hopes and illusions. They are on their way, each on a separate trail in a barren world. Displaced and looking for shelter, they are self-imprisoned, disoriented, exhausted. Their displacement often seems meaningless: what is their destination? Is there any destination at all? What keep them going are their memories and their desires. And then there still is –against all odds, despite conflicts and competition –the frenetic power that emerges from empathy.

The Editta Braun Company presents a young team in a play that seems to have fallen out of time. A background of migration may be suspected, the atmosphere evoking eastern countries, the Balkans, Asia Minor, in a vague past or even in future, on a depopulated continent. Because everything is happening in front of impressing pictures, which come from Nikolaus Geyrhalter’s documentary Homo Sapiens showing deserted industrial landscapes, traces of a perished civilization that nature devoured a long time ago.

Against this background, empathy is not an expression of noble human kindness but has a vital role: The four are depending on each other –just like we all do in today’s shrinking and extremely interconnected world.

“Surrounded by a team of artists from Poland, Slovenia, Mozambique, Austria, France and Germany, I am sending four people on a journey. Although these people are obviously homeless, it is not about migration: We examine the dynamic process of a group of people that move through an apocalyptic world, succeeding in losing nobody.

The film of Greek director Theo Angelopoulos (The Travelling Players) has enchanted me since the early 1980s and has remained anchored in me ever since. I perceive the film’s pictorial language “choreographically”and, in its diverse association depth, is close to the art of dance.

Then I discovered the acclaimed science-fiction documentary Homo Sapiens by Austrian filmmaker Nikolaus Geyrhalter that carries us into a world without people, but only landscapes with manmade remnants. Industrial ruins, abandoned human habitats regained by nature, all verdant. These are powerful images.”(Editta Braun)

ABSENTIA: The name is taken from the Latin expression In Absentia meaning “in the absence of the person concerned”.

Absentiareveals the imprint of a body in space. As the body moves, its polymorphic variations examines the mystery it leaves in space.
Absentia seeks to bring a light into the space between where the body is now and where it was, how the body itself comes into space, and what traces are left in that space when the body withdraws itself from that same space.

20th July 22.00 (?)
The event– Demestri & Lefeuvre
Created for unconventional performing spaces, this duet uses the figure of a homeless person to question the place each of us occupies in society and the relationship we have with marginal people who don’t follow the same set of rules as us. We get to see characters with one foot in a world shared by all and another in a reality that is not accessible to us, whether we call it dementia, madness or delirium tremens…

The duet offers a passionate encounter between a man and woman. The relationship between the two is intense and chaotic, but inside it, they may find comfort. Pain, desire and elegance are intertwined and re-establish power, struggle and balance.
Created and Performed:Gil Kerer & Korina Fraiman
Music: Rubel – Quando Bate Aquela Saudade, Screech – The 12 Hours Movie specialist

Combining dance, theatre and storytelling, Jungle is the surreal yet sensual story of four characters striving for survival and seeking refuge in a re-imagined post-colonial world. A world threatened by a new leader and a world in which your actions affect and infect everyone and everything surrounding you.
Jungle follows the journey of four figures: Billy, an injured American soldier; Carmen, a Venezuelan transwoman; Teresa, a lost missionary; and Vicky, a British feminist. The ambiguities of each figure could represent an entire nation or an individual being. Together and alone the four threaten, destroy, suffer and surrender to the idea of being in control or be controlled.
With the experimentation of world music and contemporary electronic musical scores, the characters are driven to dance to their death and give meaning to their unique place in this post-colonial infected world.

Synopsis
In Buenos Aires a group of acclaimed dancersstands fortheir labor rights andfounds the first Contemporary National Dance Company under their collective leadership. This is the story of four talented dancers, Ernesto, Bettina, Victoria and Pablo, over a six-year period. They expose their dreams and contradictions as dancers, workers and members of a company that is founded on collective decision-making. We follow their lives, we attend the group’s rehearsals and performances in the emblematic National Library building as well as its premiere and backstage life in the historical National Theatre of Cervantes. We observe the fulfillment of the entire dance community’s greatest dream: the public demand for a National Dance Law. Original folklore songs, Latin American contemporary music and stunning choreographies reveal the beauty and strength of dance through the life and struggle of a group of dancers.

It Will Take You As Far As You Can Get
The mutation to the crash-test dummy begins when you enter the room. You may be used to the situation of an overall accelerating situation, so you won’t realize how this one is taking you directly to a crash. Explore your limits of tolerance. Did we all become the crash-test dummies of the 21st century? But no dummy can exist without a wall. Are there any walls? If not… can we fly? AS FAR AS WE ARE.

Welcome to the Lab Test: Live streaming and Society
Humor is a way to deal with the unbearable itself. The aim of this performance is to test this humor. AS FAR AS WE ARE will take the audience to their limits. Limits of perception and tolerance: charming at first, slowly the smiles will start to crack and reveal signs of discomfort. An experiment nobody should miss. An experiment for a self-reality check.

„A piece that seems serene, but incorporates both ingenious and perfidious elements. AS FAR AS WE ARE is a virtuoso-playful and yet abysmal high performance“. (Drehpunktkultur / Erhard Petzel)

With the friendly support of: Austrian Embassy in Athens, bka Kunst, Salzburg Stadt: Kultur, Salzburg Land: Kultur
A production of cieLaroque/helene weinzierl in cooperation with tanzimpulse.

25th July 21.30
Blurry – Eva Duda Dance Company
“During the autumn of 2016 I had a chance to meet and work with the company of Éva Duda in the framework of a workshop, and I was fascinated by the stamina and the openness of the dancers to novel ideas and it inspired me to keep up the good work. Typically, my work is inspired by the people I work with. It is their stories, their fantasies and their dreams I care about. When starting a new rehearsal process, we share our stories and our dreams with each other and I always try to find the strongest ideas among them and develop them during the improvisations.”

The conflict between the individual and its community is endless. Depicting how exposed we are, how we can lose our humanity might lull us to sleep, but it might wake us up to the brutal reality of everyday battles. Strong, raw movements, sudden and unexpected changes between scenes, which intentionally bring us out of our comfort zone and show us that the line between imagination and reality isn’t always sharp. The characters are driven by an instinctive and overwhelming force and show some well-known feelings with unmasked sincerity. Quan’s work is unusual, special, beautiful and shocking at the same time.

Quan started with strong classical ballet education in Vietnam, later leaves to France to learn contemporary dance. In 2002 he met Alain Platel and they created several pieces together, including Wolf, Vsprs and Pitié! He also creates his own project, Jump and Fall with Juliana Neves and Samuel Lefeuvre. He regularly works with the drama department of the Ghent Conservatory and offers courses in Belgium, Vietnam, Sweden and France.

Quan’s primary goal is not perfecting the form, but he still makes incredibly spectacular and complicated compositions, while expecting his dancers to learn a set of movements which are technically challenging and on a very high level. He aims at extreme and emotional solutions and is regarded as a groundbreaking artist in both his homeland and Belgium.